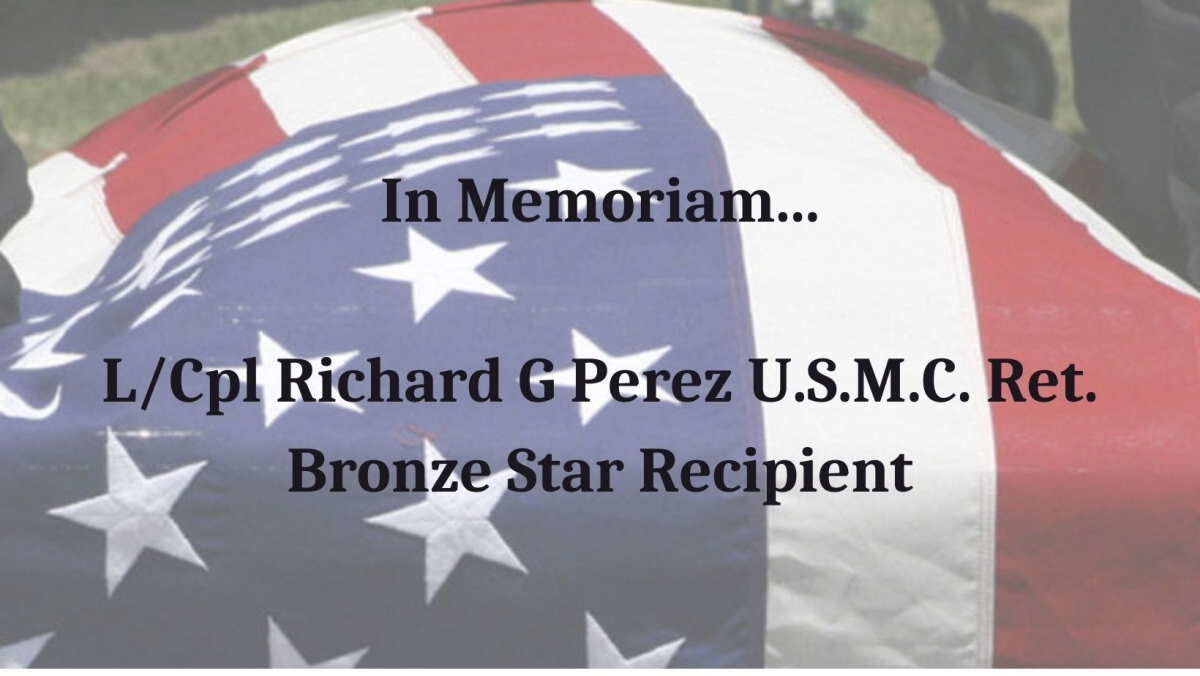 It is with saddened hearts we mourn the passing of Richard G. Perez on April 29, 2016. A loving father and Husband, Richard was born March 10, 1947 in Houston, TX. He graduated from Jefferson Davis High School in 1965. Soon after graduation, Richard was drafted into the military and chose to enlist in the United States Marine Corps. He served in D Company, 1st Reconnaissance Battalion from 1966-1968. Richard served his tour of duty in Vietnam and was wounded during this tour. Throughout his service and thereafter he received numerous awards and accolades; most notably, a Bronze Star with Combat V (Valor) and the distinguished Purple Heart. He proudly served and supported numerous groups associated with his military background: G.I. Forum, Semper Fi #3, American Legion #472, Marine Corps League Alberto Avalos Detachment, and the Gathering of Eagles; just to name a few. His love and passion for serving his community greatly influenced many projects; both to the city and the surrounding neighborhoods. His accomplishments are well noted by many leaders in the Latino communities and serving state representative members. Richard is survived by his wife of 43 years, Betty Jean Perez, and children; Richard Jr., Carolina and husband J.J. Hervera, Eloy M. Perez; Grandchildren Christopher, Xavier, Victoria, Joshua, Vivian, and Elizabeth; Great Grandchildren Athena and Bentley. He was also survived by his siblings: Roger, Israel, Sylvia, Emily, and Gilbert as well as numerous extended family and friends. He was greatly loved.

Here are a few pictures of our detail as we bury one of our own. 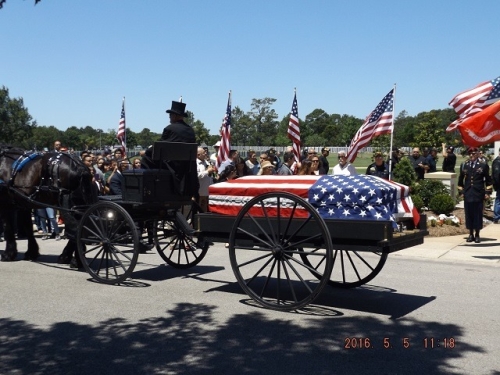 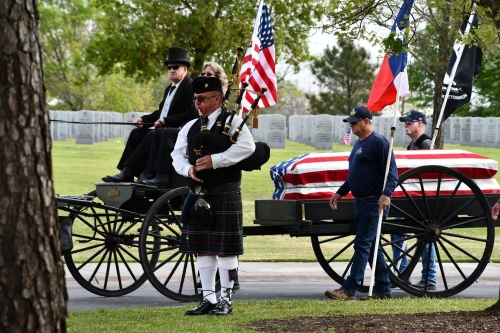 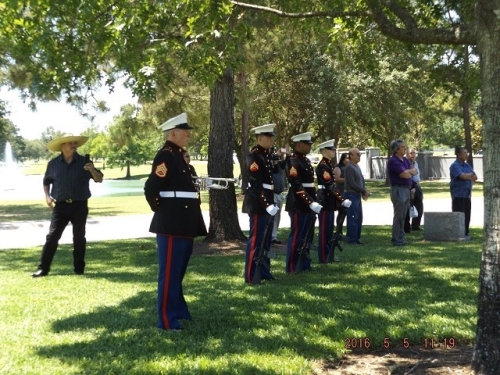 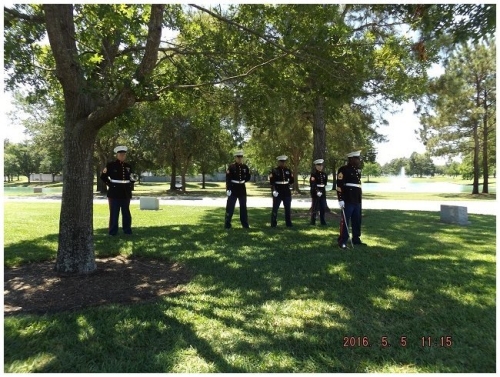 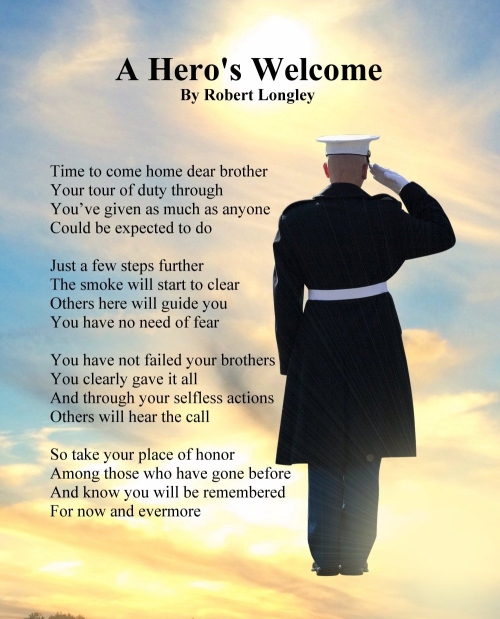